ASKJA CLASSIC - For more then 40 years

Day tour to Askja and Herðubreiðarlindir. Unforgettable tour and the most popular one since 1980. The original Askja Tour.
BOOK NOW

Explore our selection of tours 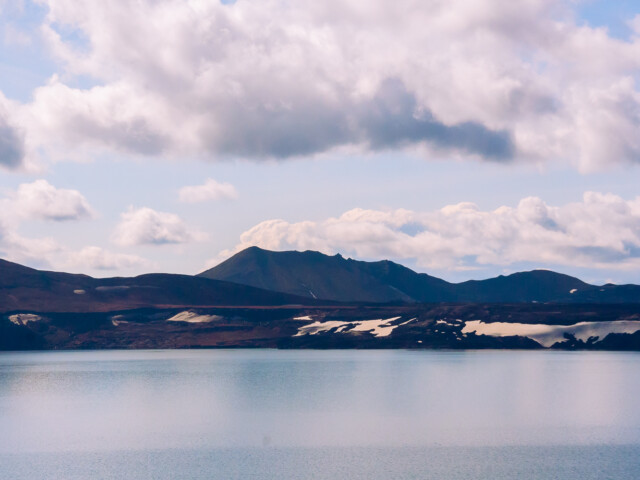 Our most popular tour! 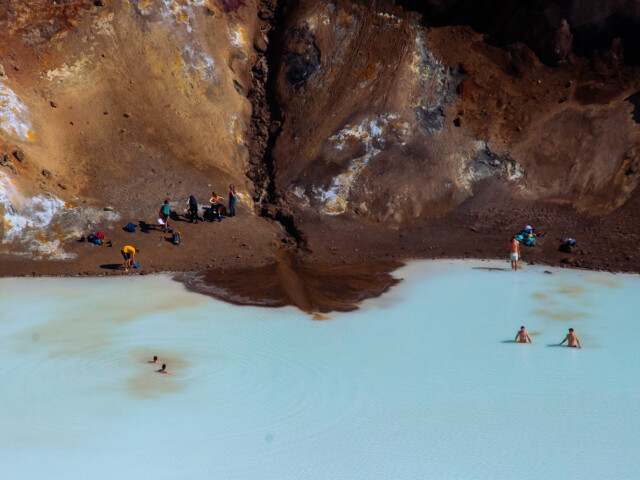 Askja Classic and a Nature Bath 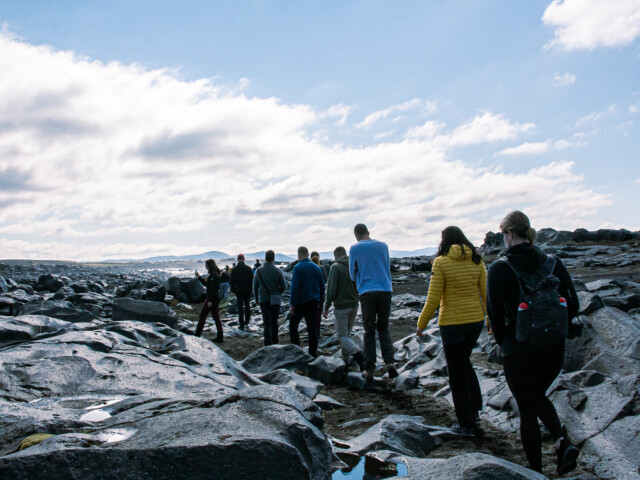 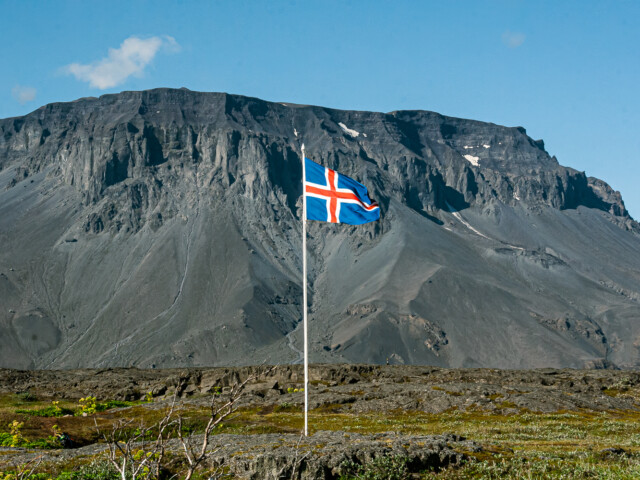 Askja Classic with a Nature Bath and Whale Watching 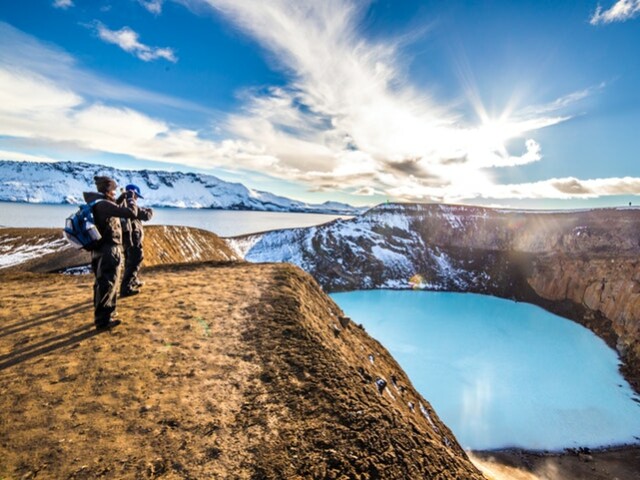 Askja is an enormous caldera and central volcano in the Dyngjufjöll mountains, north of Vatnajökull glacier. The caldera is a bedrock subsidence located above a massive magma chamber, and is still ‘in the making’. Askja was not explored until the nineteenth century, but a series of eruptions in 1874-1875, especially a very powerful explosive eruption in March 1875, caught the attention of the local people as well as scientists. In the massive eruption in 1875, the volcano erupted approximately 2 billion cubic meters of ash and pumice, and a new caldera was formed inside the older one. In the following decades the new caldera was filled with water, and now contains the 11km² Lake Öskjuvatn, which is also one of the deepest lakes in Iceland (220m). The Askja volcano erupted a few times in the 1920s, but the latest eruption was in the autumn of 1961.

you can also rent a bus from us 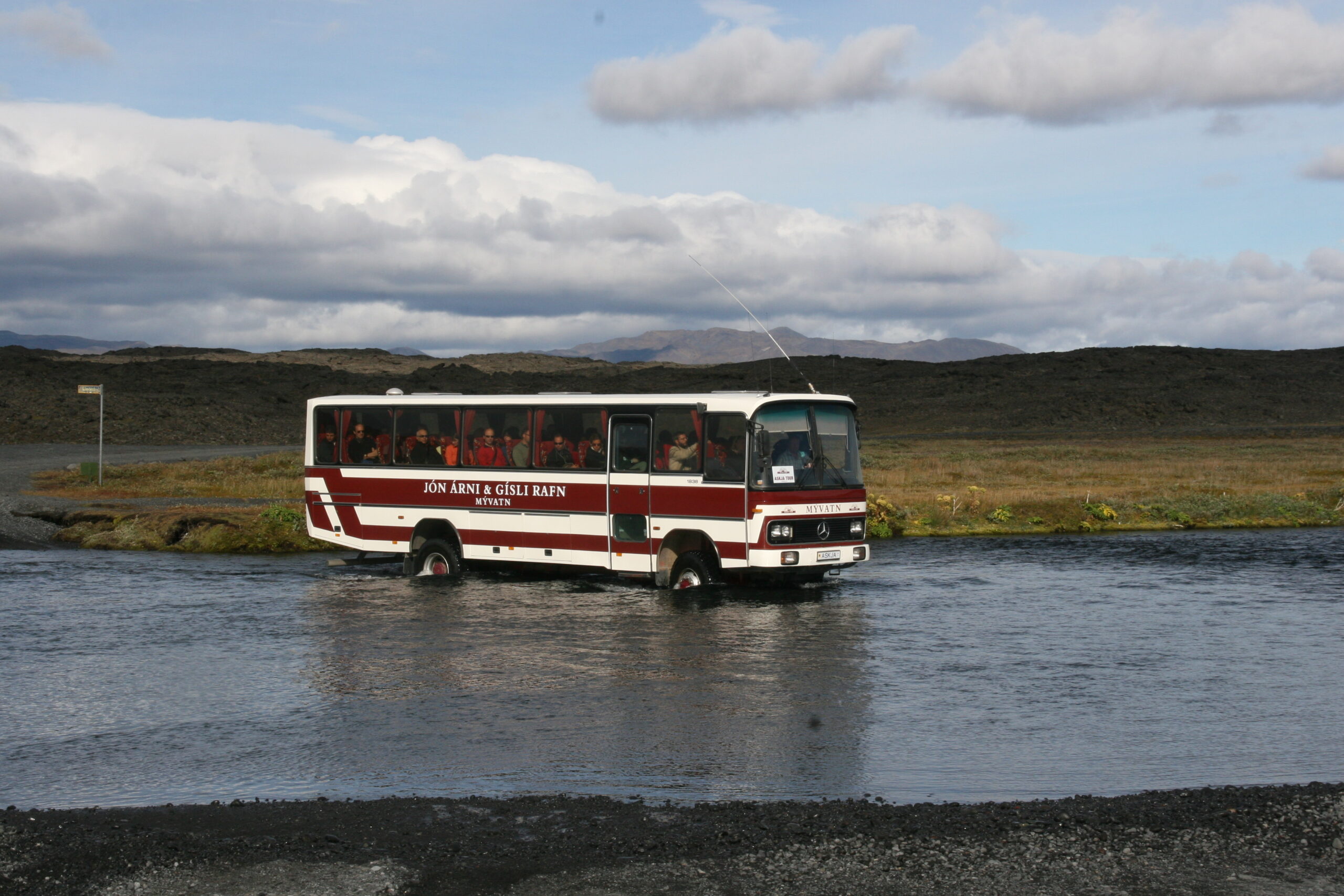 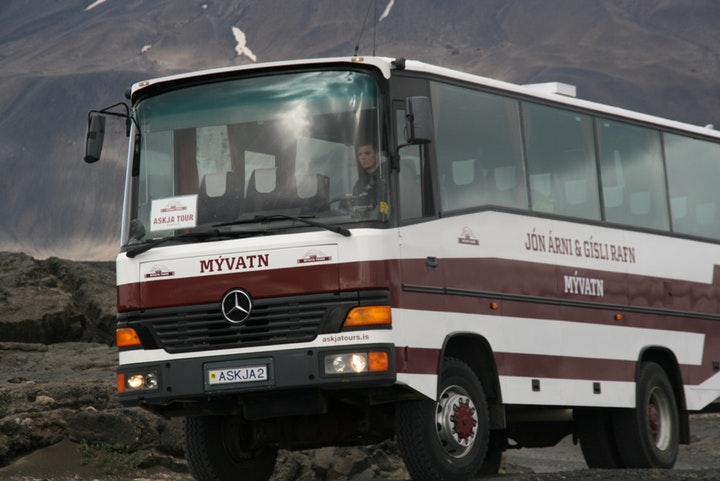 If you have any questions, feel free to get in touch with us!

What Our Customers Say

"The tour was a great experience, great guide and awesome landscapes. The caldera of Askja is absolutely worth a visit."
onux85 Tripadvisor
"Great ride, great views, a bumpy ride but entertaining thanks to the views and comments of the co-pilot, we liked the ride and the views of the end are splendid, I recommend it a lot, sorry for the hard ride, a lot of jumping."
Xavi C Tripadvisor
"We were stunned by the epic beauty on this tour! It was a collection of otherworldly landscapes, each of which impressed the senses. Two big thumbs up!."
Michaele tripadvisor